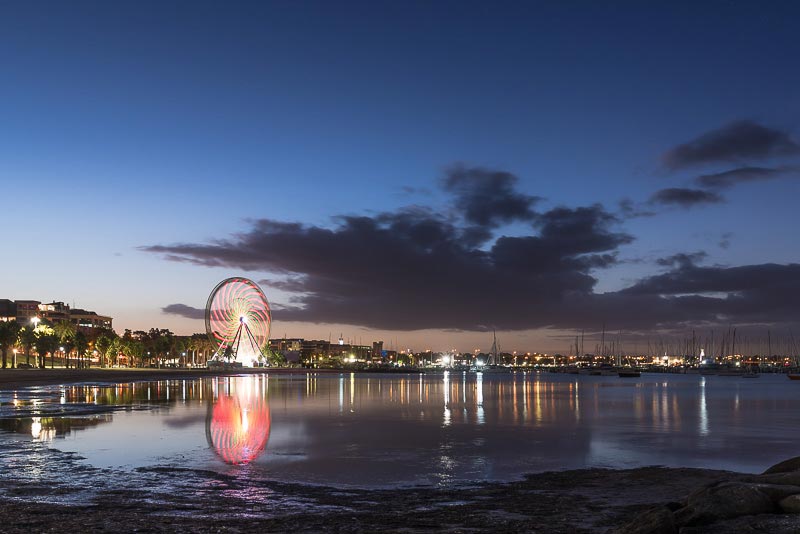 Geelong’s waterfront is a picturesque area ideal for a picnic. With playgrounds and plenty of space don’t forget to pack the footy or the cricket bat!

There are many quality cafes and fine dining restaurants within easy walking distance, including a lovely French Restaurant, Le Parisien.

You can take in spectacular sights from the huge Cunningham Pier and art deco buildings at Eastern Beach, to the modern architecture at Steampacket Gardens. 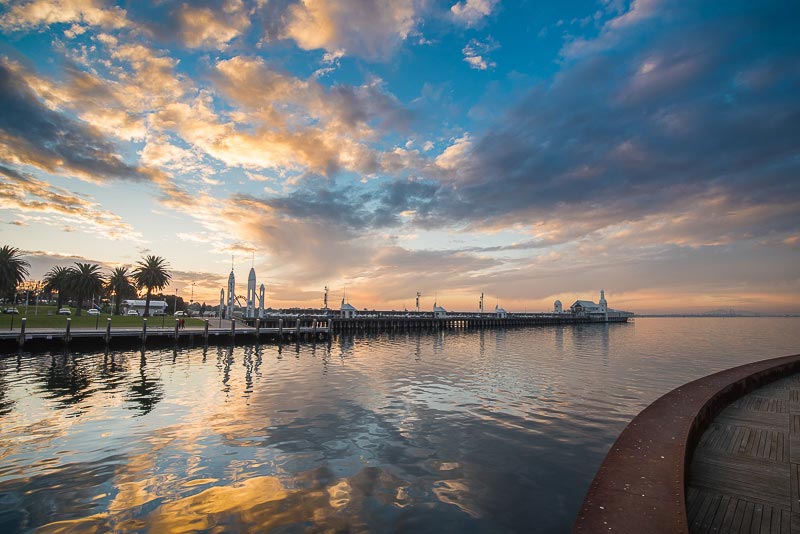 Young and old will enjoying stopping along the waterfront for a photo with some of the 100 bollards – remnants of the Yarra Street pier that have been transformed into creative statues painted by Geelong artist, Jan Mitchell.

One of the city’s most popular attractions is the historic, hand-carved, steam-driven carousel that dates back to 1892. Perfectly restored to its former glory it tells the story of King Arthur and Camelot. Entry is free but there is a small charge to ride the carousel. 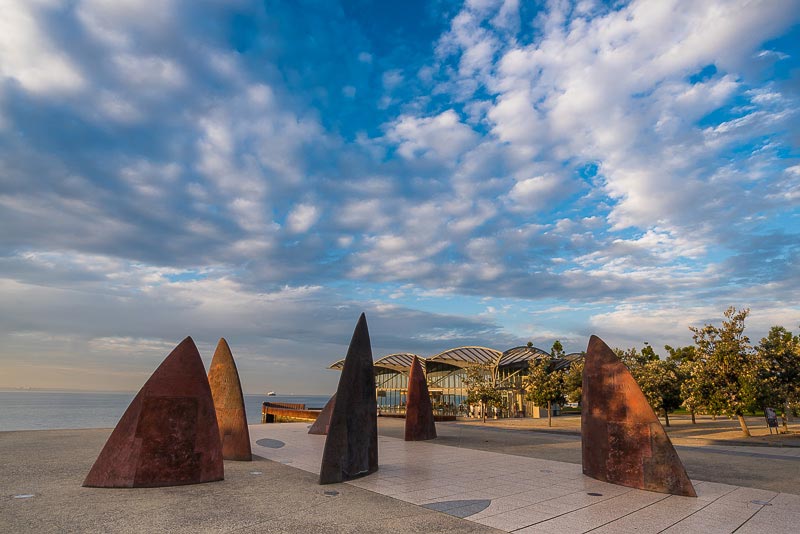 One of Geelong’s most striking artworks, entitled “North” can be found at the waterfront. This large seven part sculpture was designed by renowned sculpture Mark Stoner in 2000 (image © Paul Brownbridge).

Also worth a look is the National Wool Museum set up in the heritage bluestone wool store, presenting an extensive calendar of events and exhibitions all year round.

At Christmas time, the Geelong Waterfront boosts a gigantic floating Christmas Tree and light show that delights crowds from near and far.

The town of Geelong is an easy drive from Serenity Torquay Ocean View and Sea View.

Join the Serenity Family
Receive exclusive specials to your inbox